We are currently testing the feature and are looking for users’ feedback - please share any issues that you might find. Later, once this feature is tested, we plan to generalize it and add it to dnf and createrepo_c as well.

How to add runtime dependencies to your Copr project 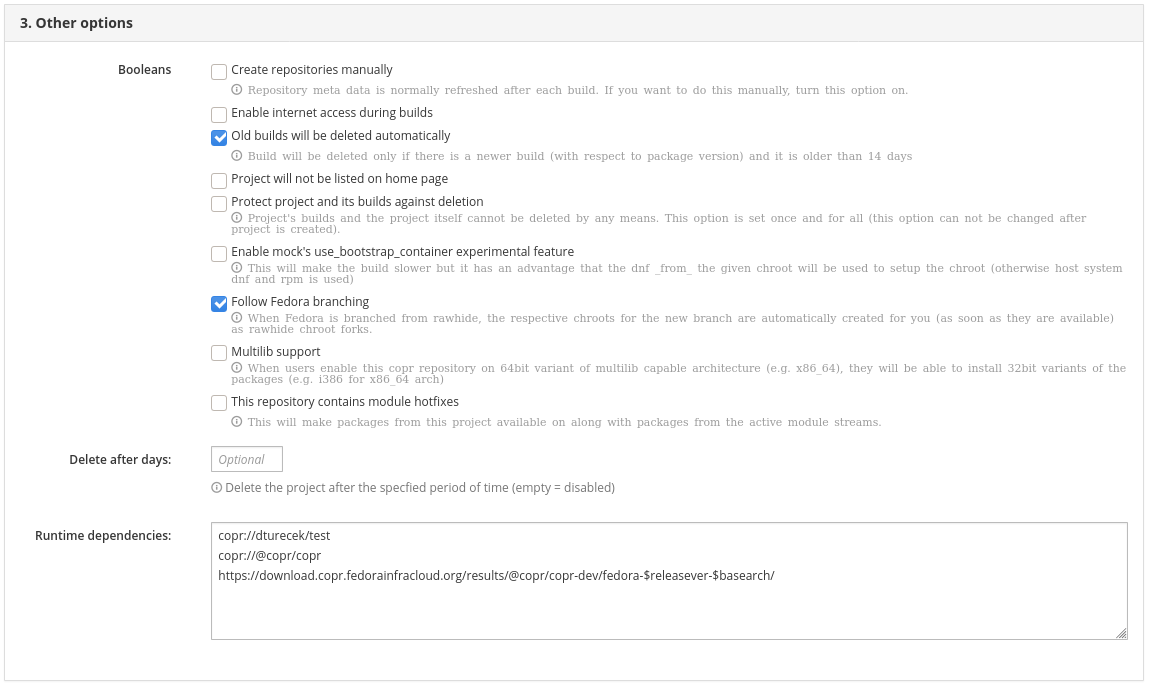 Enabling a project with runtime dependencies

So, if I enable a Copr project that has a bunch of dependencies, how do I know what repositories I actually enabled? First, you can see a list of all runtime dependencies on the project’s Overview tab: